1op layers over infill, over which new perimeter walls will be printed, are extended until they reach the next infill wall (so they have something to stick to and aren't left hanging in thin air). This could be a checkable option right next to the top layer count option.

Re: extra "top" layers to next infill wall to support new walls 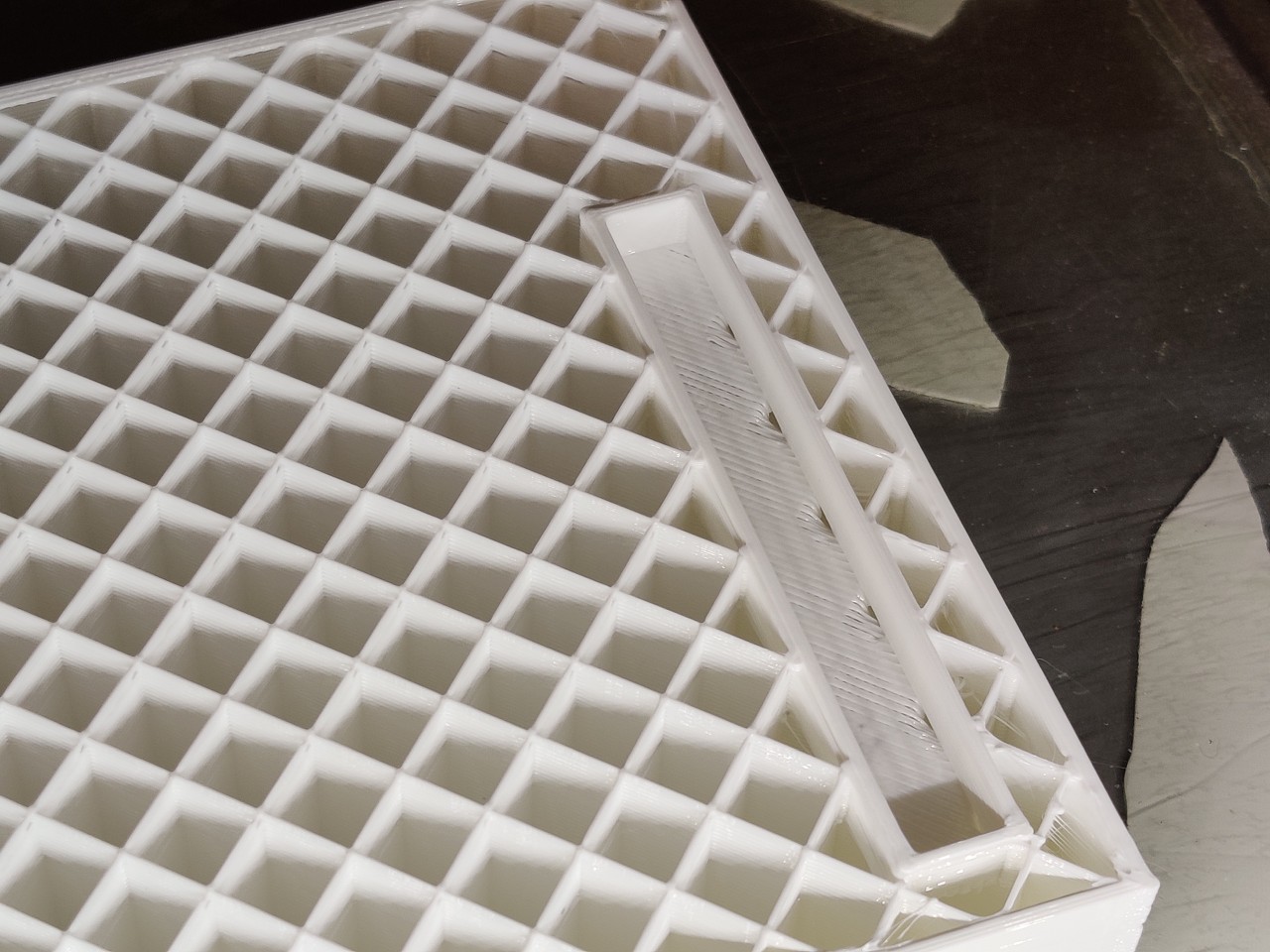 Perfect illustration of my point. In the photo above, this little slot is printed in a body that will ultimately be much taller than the bottom of the slot. The bottom of that slot are actually "top" layers of the final object, and the perimeter walls of that slot are printed over these top layers, which were simply laid down over this 10% infill during the print. I used four top layers at .25mm thick, and with a fairly large gap between infill walls to bridge even with four top layers I got sagging and dropping of the filament on that one side, where you can see that it tried to print across this diamond-shaped infill pocket, and that one edge that was cutting across those infill pockets in thin air didn't form properly. I'd probably have required at least two more top layers to successfully close this up. If those "top" layers had been extended out to reach the next infill wall, however, they would have been fine.

Last night I downloaded the latest Slic3r just to try out some other feature they have that S3D does not, and noticed that Slic3r does in fact extend these top layers that are printed over infill so that the perimeters of the new feature have a good base to print onto. I still prefer the working environment of S3D, but there's the rub: at some point these other slicers have enough features that S3D lacks to overcome the motivations that keep us working in S3D, and people jump ship. Btw, I saw an argument made in another thread where someone said they didn't want to see S3D "ripping off" techniques from other slicers. I'm 100% opposite: if other slicers have implemented features that give a bona fide benefit that I would want, I totally want to see S3D "rip it off" and implement it.

Anyhow, I'm tired of manually messing around with processes and still getting sub-par results that require significantly increased printing time, or slicing configuration time, to solve issues that another slicer can solve simply by doing something as simple as not trying to "anchor" top layers in the middle of infill to thin air, but rather extending those top layers to anchor them to infill itself. It makes perfect sense. I don't want to be adding extra top layers just to eventually build up a successful bridge of filament over thin air. That leads to wasted print time, wasted filament, and weaker parts.
Post Reply
2 posts • Page 1 of 1