I've just come across an issue and it was a nightmare to resolve.

So Generating automated supports usually works pretty well. however on this model, it didn't fully generate the supports, which meant I had to add thousands of them extra to force it to put in the supports.

I tried all the options I could think of but it just wouldn't generate the supports in this region causing the second layer to print airborne and obviously not work.

Here are some images that show the missing ones and then manually added ones to force extra supports.

What would be great is if you could Drag a marquee selection on the Print Bed Grid and then it would generate supports in that region as tidy as the automated ones. So for example areas missing on the grid, I could just drag a region out and then it would just fill in those areas that I had determined to need supports.

Other ideas would be to add rows of supports and have an option for creating x number of support blocks in a line and X or Y as direction options. This means like on this example I could have specified 80 rows of supports and just clicked about 10 times from 1 edge of the model to add all the supports I needed rather than about 3000 clicks and hand aches. 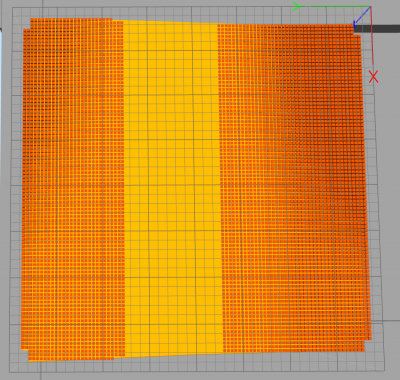 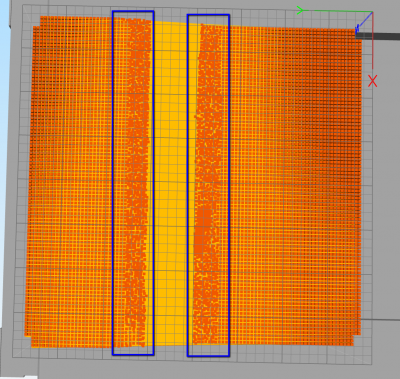 I thought one should be able to select a specific surface and add supports to that surface only. This could provide a happy medium between the all or nothing options we now have.
Post Reply
2 posts • Page 1 of 1