by DarthRevan
I've been working with an Ultimaker 3 more recently and the acceleration/jerk values used were 1500 and 15. I've not had any issues with small circular movements on that machine yet.

by Jake
Old post, but 4.0 just came out and I still wish for this.

by iZz0s
I have the same problems, small loops are often a problem.

by GregFisk25
I would love this. I cant use the software the way I need to because of the types of thingsI print, and the way it works. Makerware always does a much better, faster job 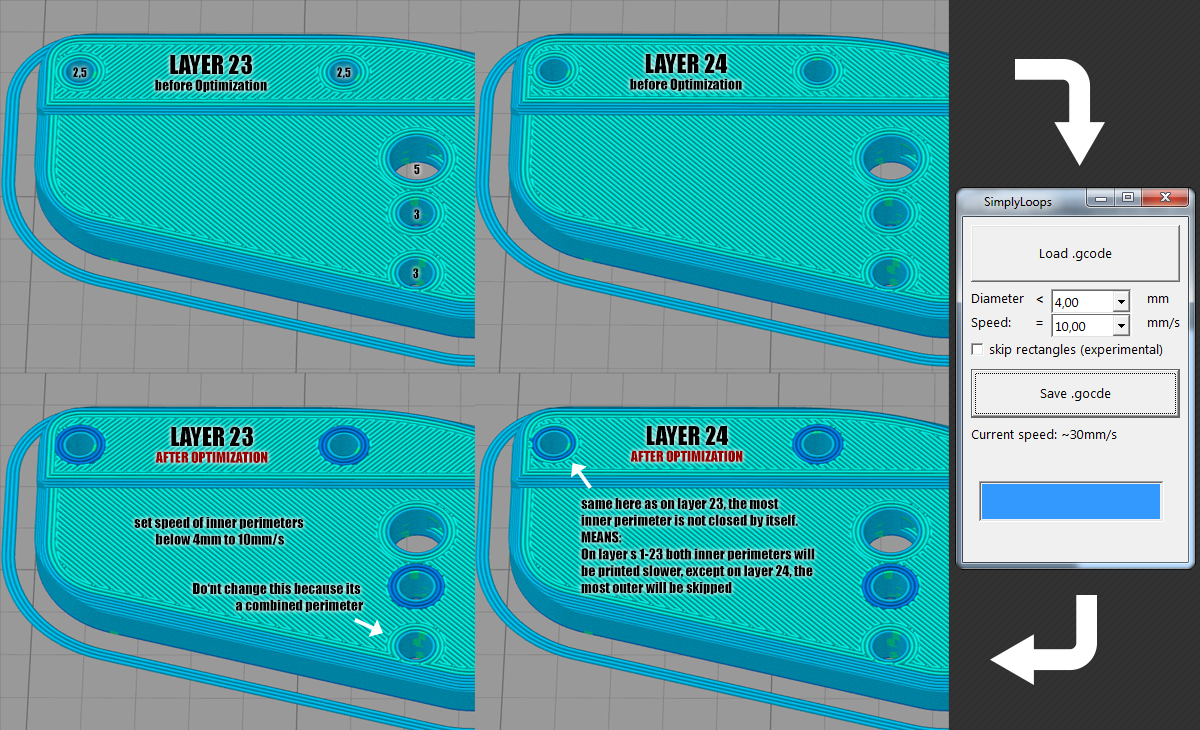 by DarthRevan
I finally set down and re-wrote my previous c++ app as a python script. Sorry to keep you all waiting https://github.com/quotetherevan/slowDownFeatures 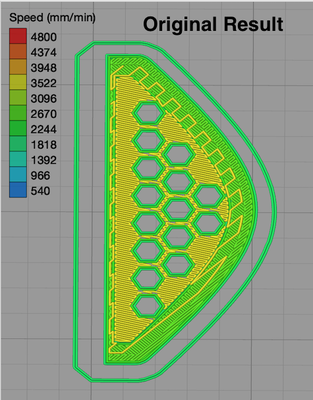 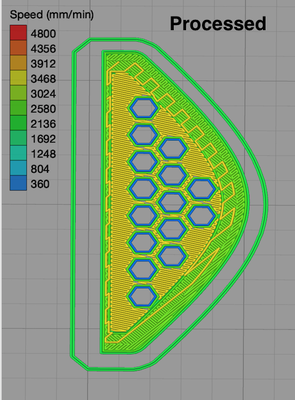 by siamak2153
hello
i did solve this problem with split my part and use of several part with some FFF settings . then u can move your parts to the correct positoin and print finally . like the attached file.

by Nepherael
This is also a feature I would greatly benefit from. However, I would go one step further. I've tried Darth Revan's script (thank you very much!) and it it only for outermost perimeters. I have parts that, for example, use print in place hinges. Most of the circles in these parts are not considered an outer perimeter or they are part of a much larger total perimeter.

Edit: One solution after googling around a bit. Convert the file with the python script. Open a blank STL in S3D (I created a square surface with no thickness so it wouldn't get picked up). Create a process with the settings you used. Copy all gcode in the python processed file and paste it in the scripts tab under ending script. I'm trying to get the exact point at which to copy/paste. Currently I'm leaving the starting script in the start tab, replacing the ending script with all lines starting at the first printed line. I'm thinking S3D should export the starting script, starting settings, then all of the print moves with the ending script that I copied into the ending script tab. It should have already placed the ending script when the file was created. It looks good so far on preview and is keeping my settings correct as of layer 1
All times are UTC-04:00
Page 7 of 7
Powered by phpBB® Forum Software © phpBB Limited
https://www.phpbb.com/