I was thrilled to see that there was a update today, haven't tried it yet but the release notes covered all my issues since 4.1

Good work Team S3D! You just made me a believer in your SW again

Please make an announcement like this when a fully tested and bug free version is available. I want to update but do not want to make problems for myself. 4.01 works for me without issue, would like things to work better but do not want to waste time re-slicing and reprinting when something in the new version does not work. Glad you got 4.1.1 out, but please let those of us not willing to be beta testers know when the final product is ready along with comprehensive detailed Documentation.. wait I am asking too much.. never mind the docs.. just get rid of all the bugs!

airscapes wrote: ↑
Thu Dec 06, 2018 7:14 am
Please make an announcement like this when a fully tested and bug free version is available.

I would venture to say that there never has and never will be complex software from any company that is completely free of bugs. You'll be waiting for a very long time.

airscapes wrote: ↑
Thu Dec 06, 2018 7:14 am
Please make an announcement like this when a fully tested and bug free version is available

Who are you to tell me what to do? And... did I mention that it was flawless in any way?

Some people amaze me every day.

I'll continue with the good vibes.
Thanks for the updates and hard work guys!
Muchly appreciated! 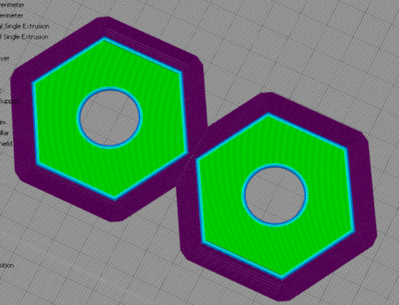 Thank you for the quick turnaround time on this.

I have to still check that the show-stopper bugs (for me) have gone, but I have to say that my hopes were raised significantly when I saw this in the release notes -

I thought you had fixed the bug where the brim gets attatched to the ooze-shield and not the object - I was so very happy!

But no. I suspect you had more important things on your mind. Totally understandable, but sad for me.

Oh well. I wish you better luck with this release.

Because I nearly never use the oosshield, that wasn't a problem for me but I see it !

The best would be, users can select between
- brim to object
- brim to oosshield
- both

My problem - brim to object - is solved.

It could be the best slicer on market. I have Idea Maker and I really don't like it. Why? Ide Maker has more features than S3D right now... yes... but isn't user-friendly...

S3D is easy to use and all windows and functions are grouped together... with IM don't.

They add some new features... and mixed with old. And you need to check everything twice to avoid mistakes...

For me now. I need profile grouping some windows fixing size option and I really love it!

S3D is easy to use and all windows and functions are grouped together....

I don't know if you noticed, but quite a few of the underlying features of both programs are similar?

I bought it in 2016 as IMHO there was nothing finer than Simplify3D when it came to slicing - other slicers worked, but Simplify3D was a breath of fresh air - modern and easier to use. Again, IMHO.
I initially had quite a few issues with crashes (might have been memory or Nividia video-card driver related), but I got around those (built an Intel NUC for it).

However, the last couple of years have been a bit of a disappointment for me personally. Long-standing bugs and quirks have gone unfixed, and the feature list is no longer cutting edge.
BUT, having been deeply involved with software development in the (distant) past, I have no doubt that the guy behind Simplify3D borders on being incredible at what he does - to do all this, pretty much on his own, is an outstanding achievement that he should be very proud of.
I am really impressed.

We all tire of things, and even things that make us money can become a millstone around the neck. Been there, done that too.

I am hoping that the recent releases are a return to form for him and we can start to see new features being regularly introduced to make Simplify3D my slicer of choice again.
I miss using it. I like it. I want it to be better. I also want it to be beta-tested properly before release.

The bad joke is as a result of the recent hiccups, I even used IdeaMaker for some of my slicing!