So with 3.0, there is a lot of progress toward making a good dual extrusion print. I'm still not getting as good of results as I do with makerbot software though.

I was wanting to query what you're all doing that maybe I can do better.

* Reasons I still look to Makerbot sometimes ( "+"=Makerbot good "-"=S3D difficulty)
+ prime wall has a purge bucket so that when tool change retraction is reversed it doesn't matter too much what the offset is. It just purges into the bucket and afterward creates the next layer of the purge bucket/wall.
- S3D purges onto the prime tower corner or ooze shield spot. If you don't get the retract settings good you get no material for a bit or too much material. You might argue that someone should just get the setting right and then not worry but it isn't so simple.
a) sometimes the amount of ooze depends on the length of time you were using the other extruder and that depends on the model you're printing and the layer you're on.
b) the setting isn't the same for both extruders so you either have to make another process which is more complicated or you have to just hope the setting works. I notice particular problems when printing things like PVA on one extruder and something else for the other where the material is not very similar.

+ purge bucket wall is unique for each extruder.
- In S3D you can do a purge bucket with both extruders but then it prints them on top of each other. Not that good of results if the materials don't print so well every other layer (I'm thinking of the PVA/PLA problem again the pva sticks to itself, the pla sticks to itself or pva ok, but pva on top of pla not so great.) So again, are you supposed to make a 2nd process if you want two purge towers in different locations? Annoying

- Ooze shield weirdness. If I select 2 ooze shield outlines and select both extruders, it looks like in the preview it prints both ooze shield outlines on top of each other instead of having 4 rings. Compare with the skirt/brim... if I select both extruders there and select 2 outlines, I end up with 4 unique outlines. The disadvantage of just using that instead is that the outlines alternate (left, right, left, right extruder) so you end up with 4 tool changes instead of one one when you want to go to the next layer/extruder.

I haven't tested the temperature bug between layers yet. That's a plus for S3D if you can get it to work. The idea is if I only need support material for 1/3 of the model I really really really want to turn the heat off on that support extruder after the 1/3. I was doing that OK in 2.x but with 3.0 if I want to do that and I use one of the purge/ooze shield features I can no longer turn the temperature off after I don't need it.

Anyone have any S3D tips that mitigate or solve these issues?

So, I'm not the only one having these issues. I have experienced the same problems with the Makerbot Replicator 2X and Simplify3D 3.0.2.

Indeed there are several things that are very much nicer in S3D. I can quickly tweak the settings for a particular print and quickly preview what that will look like after sliced and quickly repeat several times to ensure I get the print right. That process has no equal in other software I've tried.

My suggestion would be:
* turn prime pillar into a prime bucket. Instead of having a width, have a number of shells. Purge into the middle of the bucket then print the shells, then print with that extruder.
* If printing with both extruders for the prime buckets, have two locations and print each pillar with it's unique extruder
* IDK how to fix ooze shield. I don't find it that useful or necessary. I've just used one because it wasn't working to have both extruders do a prime tower for me. Perhaps just get rid of it and use the normal skirt/brim feature if you want that but if you want it with both extruders it definitely needs to print one extruder then the other instead of alternating when you have more than one shell.

One more item on my wish list:
* add checkbox to cool down support extruder after no longer needing to print support material. Once no more support material is detected as needing to be printed it could stop printing the prime tower, ooze shield etc for the support extruder and turn it off. I've done this manually a lot of times where I still had a many hour print that needed to finish the top and only had support on the bottom hour or so.

sejo wrote:So, I'm not the only one having these issues. I have experienced the same problems with the Makerbot Replicator 2X and Simplify3D 3.0.2.

Is the Makerbot software you speak of compatable with all printers or just Makerbots? All I have ever used was S3D and now I'm thinking it might be nice to experiment with what else is out there with my FlashForge Pro.

Just Makerbots.. which coincidently also work great with Makerbot clones like Flashforge, Wanhao et. al though..
I have a Flashforge and it's a great printer.

But there is lots of other stuff you can experiment with too. Cura, MatterControl, Prob more I haven't researched a ton. You have to get the output to be compatible with your x3g consuming Flashforge printer of course. MatterControl can do that but I haven't tested it extensively. For the Makerbot software I usually export to disk. I haven't had great luck speaking to the FF over USB with makerbot.

If you already are using Simplify3D, there is no need to bother with Makerbot Desktop since the quality of the print will be reduced substantially.

These are prints from the same STL file for quality comparison. As you can see, Makerbot desktop looks like 3D printed by a shaky hand, S3D gets better and the Zortrax has the best quality. The Zortrax M200 is a far superior 3D printer than the Replicator 2X. 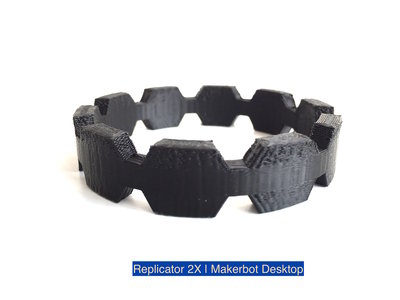 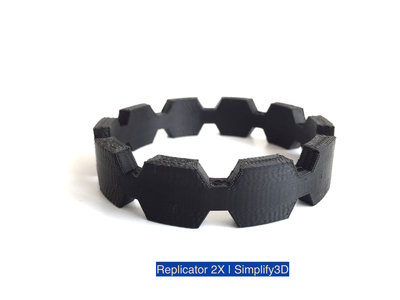 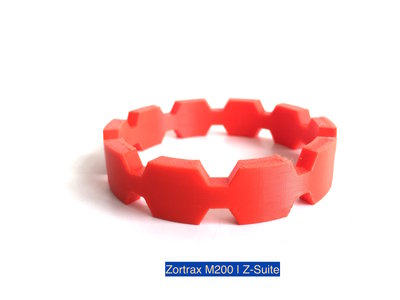 I think you missed the point of the post sejo. Yes, the point is I want to use S3D exclusively and of course I like the results of S3D better or I wouldn't here in the first place.

However, the point of this post is that dual extrusion features in S3D are still lacking as near as I can tell. Unless I'm missing something big that just hasn't stood out to me so far of course. For the time being when dual extrusion prints come up I still have to use Makerbot to get the best results.

I only use dual extrusion with the 2X. I use HIPS for support and raft though, and not two colors.

On those prints, I used the left extruder to print a raft since the object peels off easily without leaving a mark.

My only complain about dual extrusion with S3D is that the prints come out with with bubbles on the surface due to ooze issues. This happens only when I use the column or the ooze shield. If these are turned off the print comes out ok, like they used to do before this final release.

After my first post, I discovered that if I decrease the separation distance of the raft to 0.05mm, the prints comes out clean.

I've done several comparisons between print surface quality between Makerbot Desktop and S3D. S3D simply yields much more accurate prints (dimensionally) with smoother surfaces. When it comes to accuracy and finish, S3D is simply superior, as you can see from the photos.

Makerbot Desktop is useless if I want to print parts that need to fit together. It is only good for stand alone parts.
Post Reply
9 posts • Page 1 of 1