After changing the extruder for the support in the fourth process from left to right the print runs successful because now the PETG is retracted correct. But now a part of the support is printed out of TPE what is not wished. 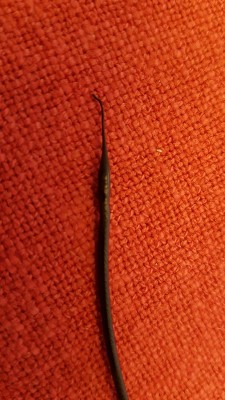 Thank you for posting the files! I took a look at your Factory File and resulting gcode and I believe I understand what is occurring here.

So basically you are currently wanting three toolchanges during this layer. The part and support for the first process, then the TPE section for the second process and then a third toolchange to complete the Supports that are actually part of the 4th process here. This is not something that is currently possible in Simplify3D.

For this situation I would suggest turning Supports off in every Process except the Insets Process. This will create Supports without the need for multiple toolchanges per layer.

Hi S3D-Alex,
thanks for your response and your hint. But this would mean to print the whole support with the expensive TPE and to dump it than. But your information, that multiple tool changes per layer are not supported by S3D is useful.
Finally I printed the part as described. The most part of the support is printed with the left extruder out of PETG. The problematic small part of the support is printed now with the right extruder out of TPE to avoid the second toolchange in this layer. 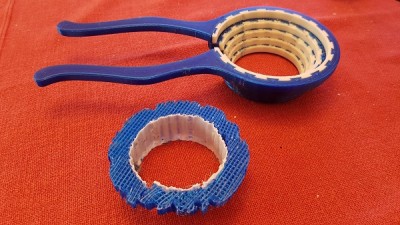 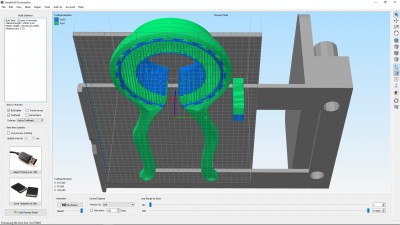