I know that this has been raised a number of times, but the time estimates seem to be wildly inaccurate. I realize the difficulties in getting a "one size fits all" estimating solution, so rather than bitching and asking for it to be fixed, I have a different question:

Is there anywhere that I can look to see what assumptions are made when calculating the estimates?

My Printrbot Simple Metal firmware is tuned to print significantly faster than the out-of-the-box version, but the actual print times are still considerably higher than the estimates. Unfortunately, the estimates are also inconsistent. For some models it will be off by 20%, some will be 200%. In one case, I had the remaining time count down from 9 minutes over a 45 minute period. I just can't figure out the rhyme or reason behind the estimates.

I tried going back to factory settings and the actual print times got consistently worse, but the variance from estimate was still all over the map.

If I could just find out what assumptions are being made about the printer capabilities, firmware settings, etc. I might be able to estimate the estimates or just tune the printer to match the assumptions.

Slicing speed is great. The product produces superior prints to anything else that I've tried. However, it's impossible to do any sort of job scheduling when "5 hours" could mean "5 hours and 10 minutes" or "12 hours" depending on the print. I don't mind doing the math myself, but I just can't make sense of where the gaps are in the estimating model.

I attributed that to not accounting for the heat up time on my printer.. but on the flip side it still seems to be off..
I just always assume if print time is an hour or more its +30min to the estimated time..

Ok, I get that this is hard to calculate. From what I am reading here it sounds exactly what I see at well with my PowerSpec Pro - the estimates are always way off and always on the low side. It seems like something is just not being accounted for in the time calculations.

Is anyone getting accurate print times? If so with what system?

It's always going to be an estimate because there are a lot of things that the firmware does that slows down the prints. Things like waiting for preheating, acceleration controls, communication latency, speed overrides, and plenty of others I'm probably forgetting. So the software gives an estimate of how long the file it made would take to print in an ideal world, but then the firmware makes lots of modifications and adds extra time on top - those things are hard to predict since every firmware acts differently

The time estimates for my prints are generally pretty close, but I usually preheat the bot before starting the print. 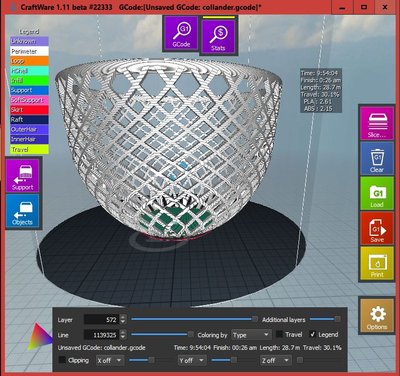 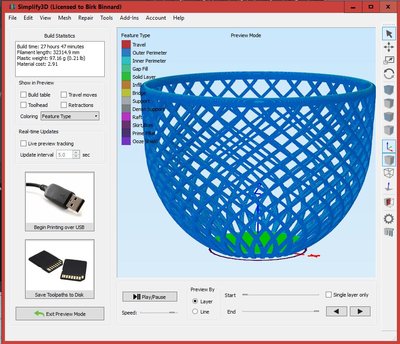 That's a rather large difference to be sure. And yes, I did ensure that all the slicing parameters and feedrates were either the same or nearly so.

I started the Craftware print an hour ago and the printer says it is 7% done so maybe the shorter estimate is more accurate. I'll probably make more of these and my next one will be the Simplify3D version. Should make for an interesting comparison.

After 8 hours of printing...

my printer says it is 48% complete. So maybe the Simplify3D estimate is the more accurate one. 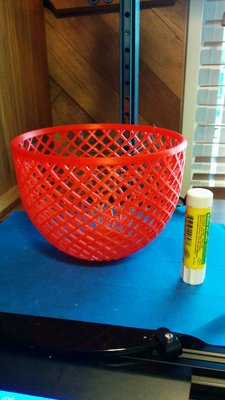