Extruder not as expected, no platform heat

Extruder not as expected, no platform heat

I'm experienced using MakerWare with my FlashForge creator, but this was my first attempt using Simplify3D. I expect I'm missing some detail.

The print I attempted consists of 12 identical "mounting clips" rotated and nestled together to get them all in the build space. Screenshot included, not that it's necessarily pertinent.

I selected the Process as "Makerbot Replicator 1 Dual (left extruder)" with Auto-Configure for PLA. I did NOT do anything to the models to select which extruder they'd be made by (this is something that you do in MakerWare individually for each selection) but I just guessed that by using only the "Makerbot Replicator 1 Dual (left extruder)" the models would be printed with the left extruder. I also noted that this Process has Per-Layer Temperature Setpoints for the Heated Build Platform preset as Layer 1, 60°C.

I then ran the process, and both a G-code file was generated, and a X3G file as well, which was the file that I used on the SD card. Prior to generating these, I selected under Tools->Firmware Configuration the profile: "Sailfish/MakerBot Firmware" and under the X3G tab, the Machine Profile: "Replicator 1 - dual extruder".

The result actually printed just fine, but the RIGHT extruder was used instead, and I did not see any evidence of the HBP being heated at all. I was unsure if the "Layer 1, 60°C" would heat just at first for sticking, or heat continuously, but it did neither. The parts did turn out perfectly, though.

Could it be that I do not have SailFish installed in the FlashForge Creator, but rather the firmware it shipped with, v7.2. This has not seemed to be an issue working with ReplicatorG or any of the MakerWare versions, up to the current one. 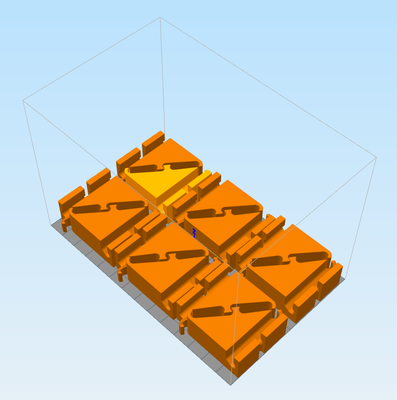