As mentioned in another thread, the graphics changes in 4.0.1 has some unfortunate side-effects, at least on my system.

This is only observed in the print preview, and it shows itself as very pronounced moiré-patterns when rotating the model. Using the Moon City model as an example (sliced at 0.2 mm layer height, 3 perimeter, 3 top and 3 bottom layers), here's how it looks in 4.0.1 in the side view: 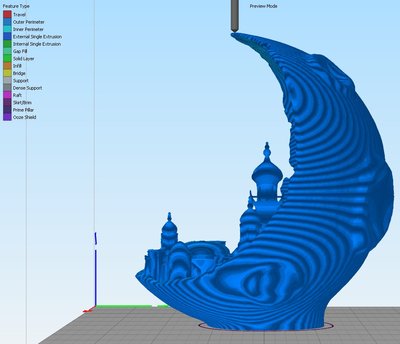 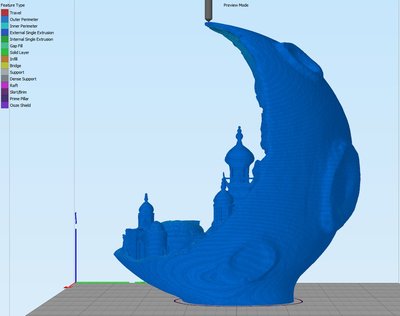 same here .. not too big of a problem when you zoom in it looks ok, I'm more interested how it happened, what changed 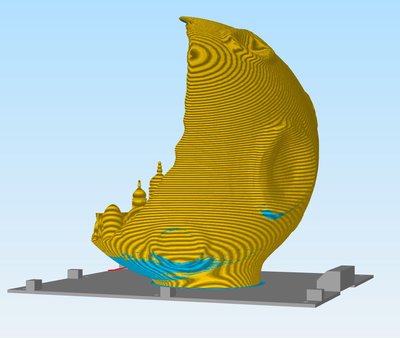 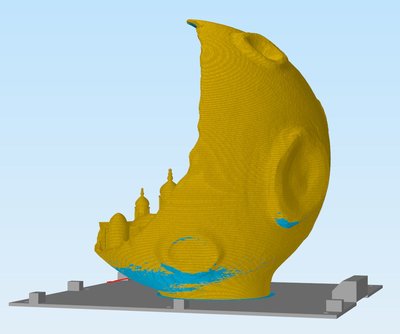 I am seeing this issue as well. Also, before slicing the model, while it is loaded into the GUI, if I click and hold the mouse on the model and move left/right to spin the model, the virtual build plate and model slowly climbs up the GUI's screen. This has never happened in previous versions. A couple dozen left/right back and forth spins on the model causes it to disappear off the top of the GUI screen. Very annoying when trying to manually place supports
It show's to go you how feelish you fool when your tang is all tungled up and you bart stalking tackwards!
Post Reply
3 posts • Page 1 of 1