print bed will not heat. I have all other functions but no print bed heat. I have the tip hot, extruder works all axis work and will move but no bed heat. Also I am unable to run a program but I'm sure that is due to the print bed being cold.
Any suggestions?
Thanks in advance.

First, yes, if you set Creator to "stabilize" the bed temperature, it won't continue from the G-code that sets the bed temperature until it comes up to temperature and stays within a certian tolerance oftemperature setpoint for some defined period of time. However, you can uncheck the "stabilize" box to have it just go (and thus print on a cold bed). Note that the Marlin firmware has a setting where it will NOT extrude (even manually from the Creator Machine Control Panel) unless the extruder temperature is above some minimum value (IIRC, somewhere around 170 C).

As for not heating the bed, I had an issue with this after running the heck out of my M2 for a few months because one of the wires to the heater flexed until it broke, right at the back of the bed. I spliced it together and added some support to it so it would no longer bend at that point. Rather, the support held the cable straight back far enough to force the cable to flex over its entire length (which is what you want). (I also have, somewhere stashed in my attic, some old "superflex" test lead wire that survives flexing extremely well. This type of wire has a huge number of very tiny strands compared to usual wire. So if all else fails, I'll rip apart the harness and use some of that!)

Others have reported "intermittant" heating and have discovered that the wire brushes up enough at home to heat the bed; then, when it starts moving, loses contact and the bed heating goes away. Same problem, just coincidentally making contact at home position.

So inspect the wires at the back of the bed where they flex and make sure you don't have a broken wire. If you're good with criming tools and splices, or with soldering, it should be pretty easy to fix yourself if it's broken.

Thank you Dale, I will check it this afternoon and let you know how I make out.

Dale, I did dis assemble and found no broken wires all seems to be good. Not sure what to do . 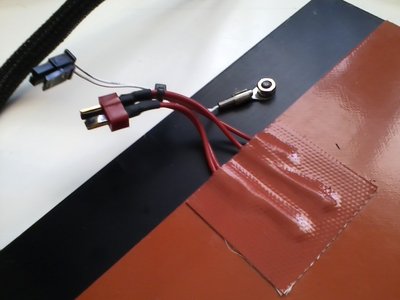 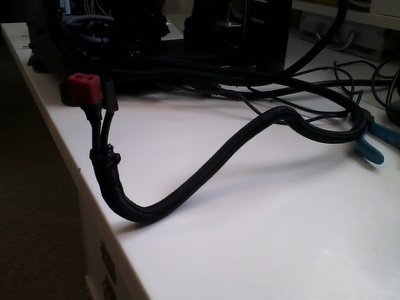