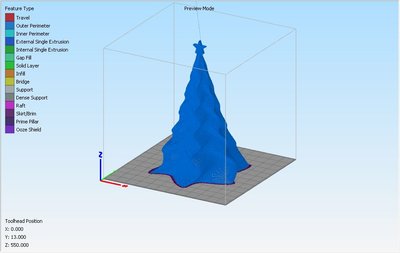 I sliced with 4.1 and it printed with a spiral ridge defect on the part. I checked the model and I did not see the defect there. 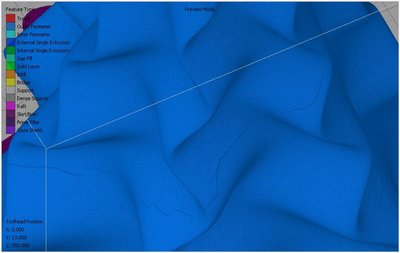 Sliced it in 4.01. It had a smaller defect in a different location that runs up the side and not in a spiral. 4.0 does the same as 4.01. I have not sliced this in other software yet. 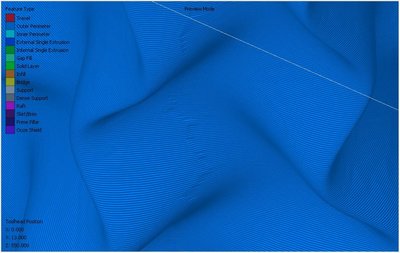 Attempted to attach factory file, but got a file too large error - 4.1MB. Didn't zip down enough to work.

... is it possible to get a link to the download source?

and I've attached the empty factory file here along with how I had the part scaled and positioned. very bottom of the part was not good for vase mode, so the first few mm are buried in the platform. 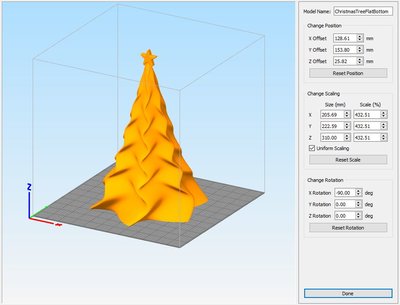 That is common issue that S3D lives with for years. Search for topics "vase seam".
It was in S3D 3.0, and other slicers have it too. The only one how can print without it - Cura with z-seam fix option ON.

Seeing some problems with all S3D versions going back to 3.10 (and probably earlier) with a specific model. First I'm attaching the factory file and stl from Thingiverse - you can see the original model here:

Please note I also used an online tool to "fix" the stl - I did not bring it into Magics but can if anyone thinks that will be a good data point.

For all of these I tried rotating the model, but the defects traveled with the surface they were on. From version to version, the defects were NOT in the same place.

S3D v4.1.1 - this was supposed to address some vase printing defects, but for this print is the worst: 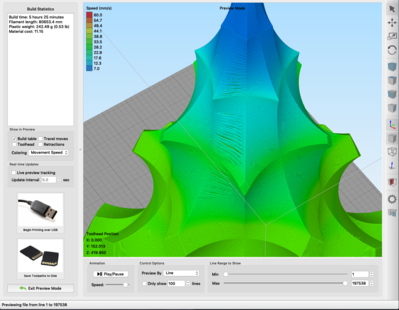 As you can see, in a few sections there are a series of discontinuous "jumps" where the print head has decided not to follow the contour.

S3D v4.1.0 - probably the best slice of the set. However, when printed there is an obvious defect traveling up the tree that is barely noticeable int he preview (easy to miss). Initially I thought this was my printer, but when I checked the g-code preview the defect was present. I've circled the areas where it had problems - these lines go from the bottom to top of the tree. 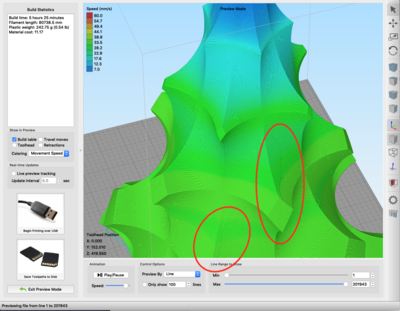 S3D v4.0.1 - There were several spots where the surface is distorted - somewhat subtle but I'm almost positive the distortions would be obvious when printed. 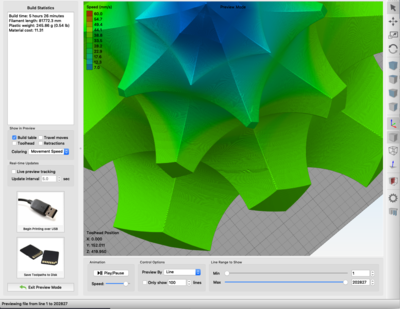 S3D v3.1.0 - I stopped at this version, but was curious what it would do. This had some small repeating defects. 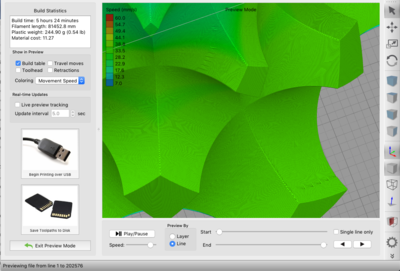 Your model has some issues , i.e. 260 collapsed facettes.

I think, S3D is not resposible to this. 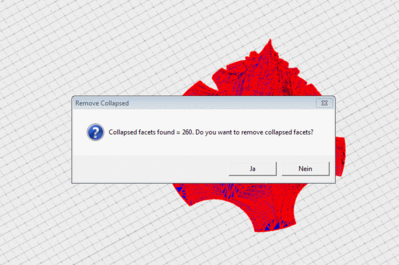 What program are you using? I'll see if I can clean it up in Magics.

Would you mind posting the repaired file? I'll run through to see if the defects remain. It seems the shared workstations (which have the program I usually use) are closed for the weekend.